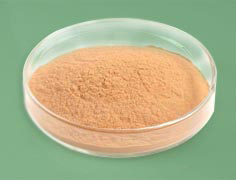 DeCaf-EAFree Catechins – Botaniex’s decaffeinated green tea extracts brand. It is extracted and decaffeinated without Ethyl Acetate which could be harmful to humans. Botaniex owns the Ethyl Acetate Free Extraction Technology, which will be patented in the near future.

The tea plant is a large shrub with evergreen leaves, used medicinally for more than 5000 years in China where it originated. Tea is now the second-most consumed beverage in the world. Based on the different processes in tea making, it is categorized as Green Tea, Black Tea, Oolong Tea, White Tea, Yellow Tea and Dark Tea. A number of beneficial health effects are attributed to regular consumption of green tea and dried/powdered extracts of green tea are available as dietary supplements.

Green tea extracts is prepared by picking, lightly steaming and allowing the leaves to dry. The active constituents in green tea are a family of polyphenols (catechins) and flavonols, which possess potent antioxidant activity. Tannins, large polyphenol molecules, form the bulk of the active compounds in green tea, comprised nearly 90%of catechins. Several catechins are present in significant quantities; epicatechin (EC), epigallocatechin (EGC), epicatechin gallate (ECG) and epigallocatechin gallate (EGCg). EGCg makes up about 10-50% of the total catechin content and appears to be the most powerful of the catechins – with antioxidant activity about 25-100 times more potent than vitamins C and E. A cup of green tea may provide 10-40mg of polyphenols and has antioxidant activity greater than a serving of broccoli, spinach, carrots or strawberries. A number of commercial green tea extracts are standardized to total polyphenol content and/or EGCg content.

Benefits
MechanismBecause the active compounds, the catechins, found in green tea are known to possess potent antioxidant activity, they may provide beneficial health effects by protecting the body from the damaging effects of oxidative damage from free radicals. A number of chronic disease states have been associated with free radical induced oxidative damage, including cancer, heart disease, and suppressed immune function and accelerated aging.
SafetyAdverse or toxic effects of isolated tea catechins or polyphenols have not been reported in humans. Gastrointestinal disturbances and central nervous system (CNS) stimulation associated with high doses of green tea extract have been attributed to their caffeine content.Green tea extracts consumption of as much as 20 cups per day has not been associated with any significant side effects. In high doses, teas that contain caffeine may lead to restlessness, insomnia and tachycardia. Decaffeinated versions of green tea and green tea extracts are available – but due to differences in caffeine extraction methods, the amounts of phenolic/catechin compounds can vary between extracts.

It is recommended that consumers select an extract that is decaffeinated as well as standardized for total polyphenol content and/or catechin concentrations. 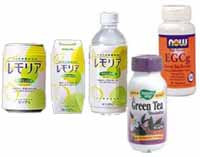 Botaniex is the manufacturer and supplier of natural ingredients for the Industries of Dietary Supplements, Functional Foods, Functional Beverages, Cosmetics and Pharmaceuticals.